Skip to content
You are a professional, register to benefit from 15% on our catalogue. Create my pro account

In Brittany, the Sorry is a form of pilgrimage generally organized around a chapel dedicated to a Saint or a Saint, gathering a large number of believers who set out to obtain the graces of the Saint celebrated.
In the past, these pardons allowed young people to get to know each other better and for some, it was the occasion to start a first approach, before the engagement: during the pardon, the young man offered to his beautiful, a "Forgiveness ball" . If she accepted it, she considered herself committed to the young man. She would bring this glass ball home and inform her parents of the request. The size of the glass ball told the family how well off the applicant was. The parents would either accept or not.

Very fragile, they were preciously preserved in the Breton interiorsThese are passed on from generation to generation from mother to daughter, in memory of the distant engagements of mothers, grandmothers,...
With an attachment at the top, like Christmas ornaments, they were hung in a room in the house.

They are made of blown, mercurized and eglomerated glass.
The biggest is 35 cm in diameter and the other is 27 cm. 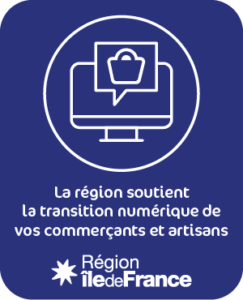 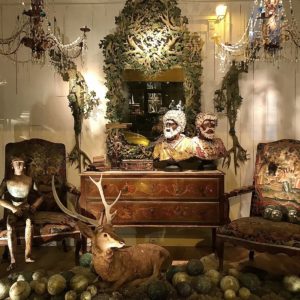 Discover the universe and the interior design projects of the Stéphane Olivier gallery.
Discover the site